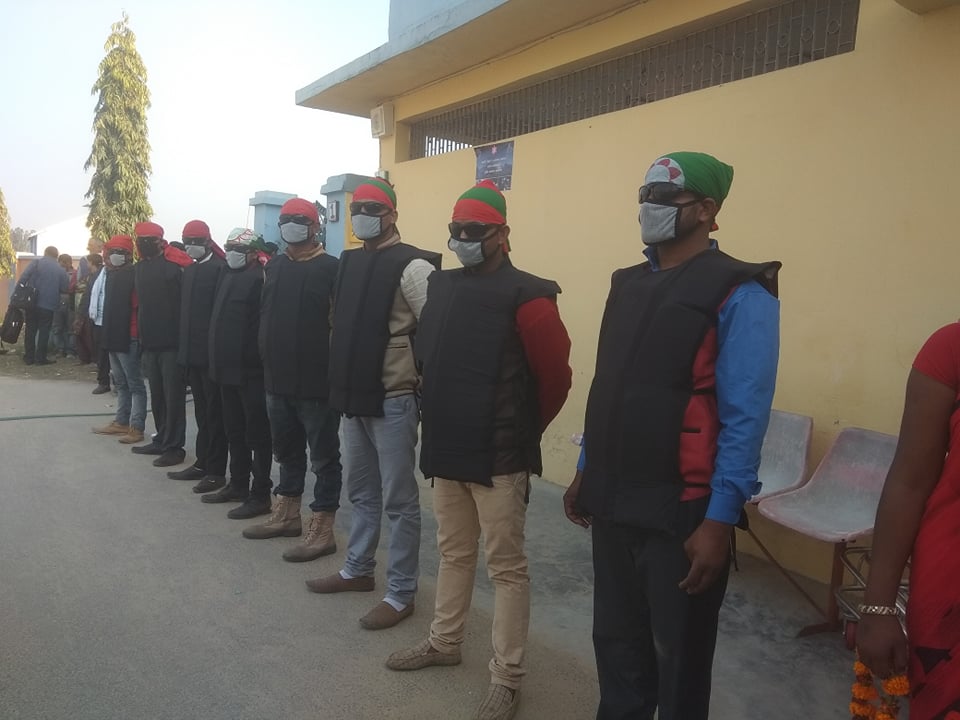 Freedom Forum is concerned over an incident where journalists were barred from reporting on March 10. The incident took place in Janakpurdham airport, Dhanusha which lies in Province 2.

Freedom Forum's representative for Province 2 reported that cadres of CK Raut (Coordinator of Alliance for Independent Madhesh) obstructed the group of reporters from entering into the airport. Journalists were present there to interview about Raut's recent agreement with the Nepali Government.

Coordinator Raut, who was arrested for his separatist movement, has been recently released from prison after Supreme Court's order. Thereafter, he has again announced his demand for a separate Madhes by entering into an 11-point agreement with the government.

Representative Singh further informed, "Raut's cadres encircled the airport and even pushed the reporters barring their entry into the airport", quoting Jayant Thakur reporter with Janaki FM and Dudhmati weekly.

The incident is a sheer violation of press freedom and citizen's right to information. Journalists' right to free reporting is guaranteed by the constitution itself and the political cadres too should be aware of journalists right. Hence, FF strongly urges the concerned authority to respect the rights to press freedom and citizen's access to information.