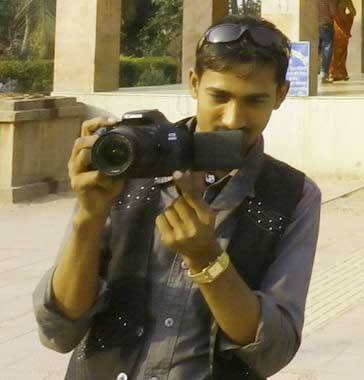 Journalist Shailendra Mahato Kranti, who reported news about Secondary Education Examination (SEE) question paper leak, was tortured by security officials on March 29 in Janakpur. Janakpur lies in the southern plains of Province 2, Nepal.
Journalist Kranti who is associated with Ujjyalo Network and todaypati.com online had covered news regarding the leak of Science and Social Studies SEE question papers before the examination. Following it, journalist Kranti was called by security officials for interrogation at Dhanusa District Police Office and he was kept forcefully in police custody for five hours on Saturday.
While talking with Rajan Singh, Freedom Forum representative from Province 2, Kranti said, ''I was grilled over the coverage of SEE leaked question paper and I was told not to publish such news which tarnishes the image of government.''
He added, ''Now onward, I am no longer able to write news the way I used to. I am discouraged and self-censored."
On Thursday, Science question paper was leaked a day before examination in Saptari and following that,  examination of Science was canceled throughout Province 2. Again, on Friday, Social Studies question paper was leaked and gone viral on social networking sites in Janakpur.
Freedom Forum condemns the incident which violated journalists'  right to free reporting. Torturing journalist merely for writing news is a blatant breach of press freedom, and thus a threat to democratic practice. The incident has resulted in self-censorship on the journalist, which again contributes negatively to the professional media. FF, therefore, urges the concerned authority to respect journalists' right to free reporting and build a positive atmosphere for journalists.