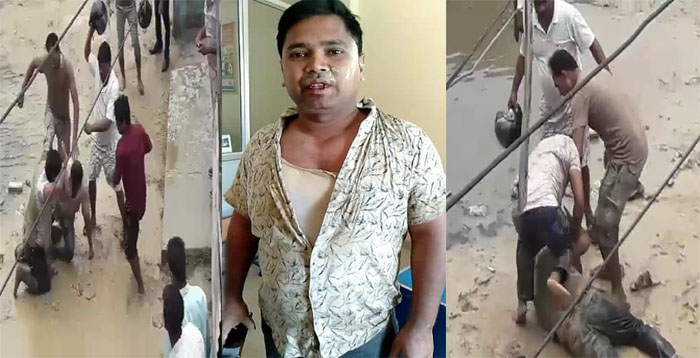 It is hardly a week since an anti-corruption campaigner Gyanendra Shahi was released by the court order, another right to information (RTI) campaigner has been brutally attacked for seeking information at an office of a local government.

RTI and anti-corruption campaigner Biraj Yadav was thrashed for requesting information on expenses incurred for road construction in his area in Birgunj on June 11. Birgunj lies in Parsa district of Province 2, Nepal.

According to the information sent by FF's representative for Province 2 Rajan Singh, campaigner Yadav reached Ward No. 3 Office of Birgunj Sub-Metropolitan to file RTI application, demanding certified copy of cost estimation form for road construction in the ward. After the ward office refused to register the application, Yadav decided to register it through postal address.

Knowing Yadav’s effort to seek information via with the application sending via post office, Ward Chair Baijulal Swarnakar-led a team including Jabahar Miya Thakuraya, Jiyabul Hak, Shahim Miya Thakuraya and others reportedly attacked campaigner Yadav in the public place dragging him out of his residence. Also, the video of attack went gone viral on social media.

Yadav sustained injuries his face and his mobile phone was also damaged. Yet again, campaigner Yadav has been receiving threats, reported representative Singh.

Thereafter, District Police Office arrested one of the attackers Samim Ali Ansari and has been searching for others involved in the attack, informed representative Singh.

Freedom Forum vehemently condemns the attack upon citizen for practicing RTI. RTI is the fundamental rights in Nepal. Article 27 of the Constitution of Nepal mentions, ‘Every citizen shall have the right to demand and receive information on any matter of his or her interest or of public interest.” Therefore, the incident is sheer violation of fundamental right.

The incident further indicate that the governments from the federal to provincial and local levels are developing non-transparent culture, showing severe hostility to anti-corruption campaigner and journalists. If the governments aim to build good governance, such acts must come to an end. The people’s representatives must build trust among citizens, rather than treating as ‘intruder’. Citizen’s campaign for good governance and transparency must not be trampled.

FF strongly urges the concerned authority to provide justice to the victim and ensure citizen's access to information on the public issues. The local authority must bring to book the assailants.