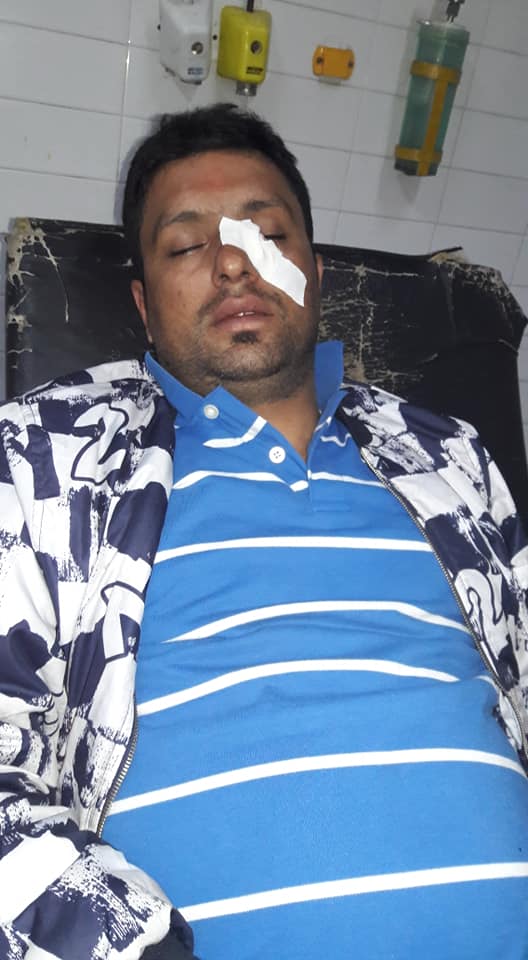 Santosh Kafle, reporter with the News 24 TV channel from Biratnagar city, was beaten up and injured on December 12. Biratnagar lies in Province no. 1.

Journalist Kafle sustained injury on his face. He had to be admitted in a hospital for treatment, said FF representative from Province-1, Bikram Niraula, adding he was attacked by four persons reasoning that 'he became late' at a programme they organized to share their problems- they were duped by a local Salleri Saving Cooperative, and going to share information to the media persons.

Following the incident, police arrested four assaulters and initiated a case on battery and assault against the attackers in Sunsari District Court. The investigation is underway.

Freedom Forum condemns that incident, as it is sheer violation of press freedom, the rights guaranteed in the constitution. Attack and threat on journalists disturb the atmosphere for free reporting. The people allegedly duped by cooperatives attacked reporter without obvious reason. It has created panic among fellow journalists.

FF urges the local administration to fairly investigate the incident and take punitive measures against the assaulters. Impunity relating to violence against journalists must be addressed.