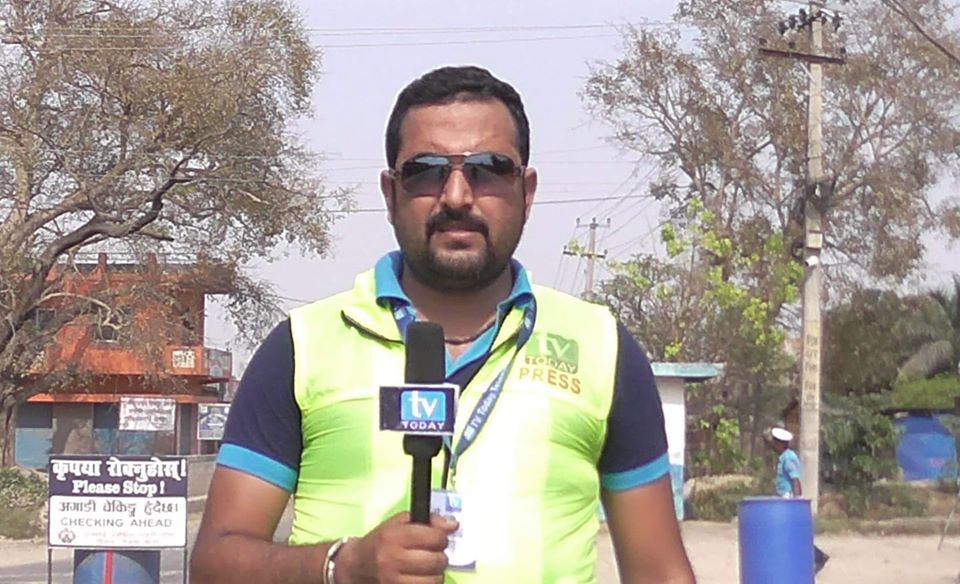 Umesh Dube, a prominent investigative journalist who has earned his reputation for writing about corruption and malpractices was arrested for allegedly 'disturbing social peace and harmony' on July 29. Dube is Bureau Chief of TV Today Television HD and reporter at Sagarmatha National Television. He was arrested by District Police Office of Parsa. Parsa lies in Province-2.

As per Freedom Forum's representative for Province 2, Rajan Singh, "The dispute emerged after police disturbed Dube's movement for free reporting."

Dube informed Singh that he was wearing a press jacket and had press card at that time. Later the same day, when Dube posted a Facebook status saying that police's wrongdoings are not hidden from public's eye, he was arrested late in the evening.

According to DSP Manojit Kunwar, after holding him for two days, his custody was extended for 10 days as a court case against him has just been registered. The police rather blamed journalist Dube of demanding money from people misusing police's name.

Bijaya Kuswaha, a local journalist informed FF that the District Police Office, Parsa has the history of fabricating facts with the intention of revenge on those who speaks and writes against the authorities. In the past, several other journalists were called out and were forced to sign papers accepting that they will not write or talk against the authorities. Journalist Dube frequently published news regarding security officials' involvement on boarder smuggling and corruption.

Journalist Kushwaha said Dube's investigative stories were the reason behind such troubles.

The action taken by the police against Dube is one of many examples where journalists are troubled by initiating legal case on false ground. Such actions are discouraging to investigative reporting on the critical issues of the administration and security authorities.

FF demands immediate release of Dube as 10 days is the maximum amount of detention period given the nature of the case. As he has been investigated since 2 days, unfair extension infact seems like a way of teaching lesson to deter journalists from writing about the police.  FF urges police to stop fabricating the facts immediately and respect the notion of free press.