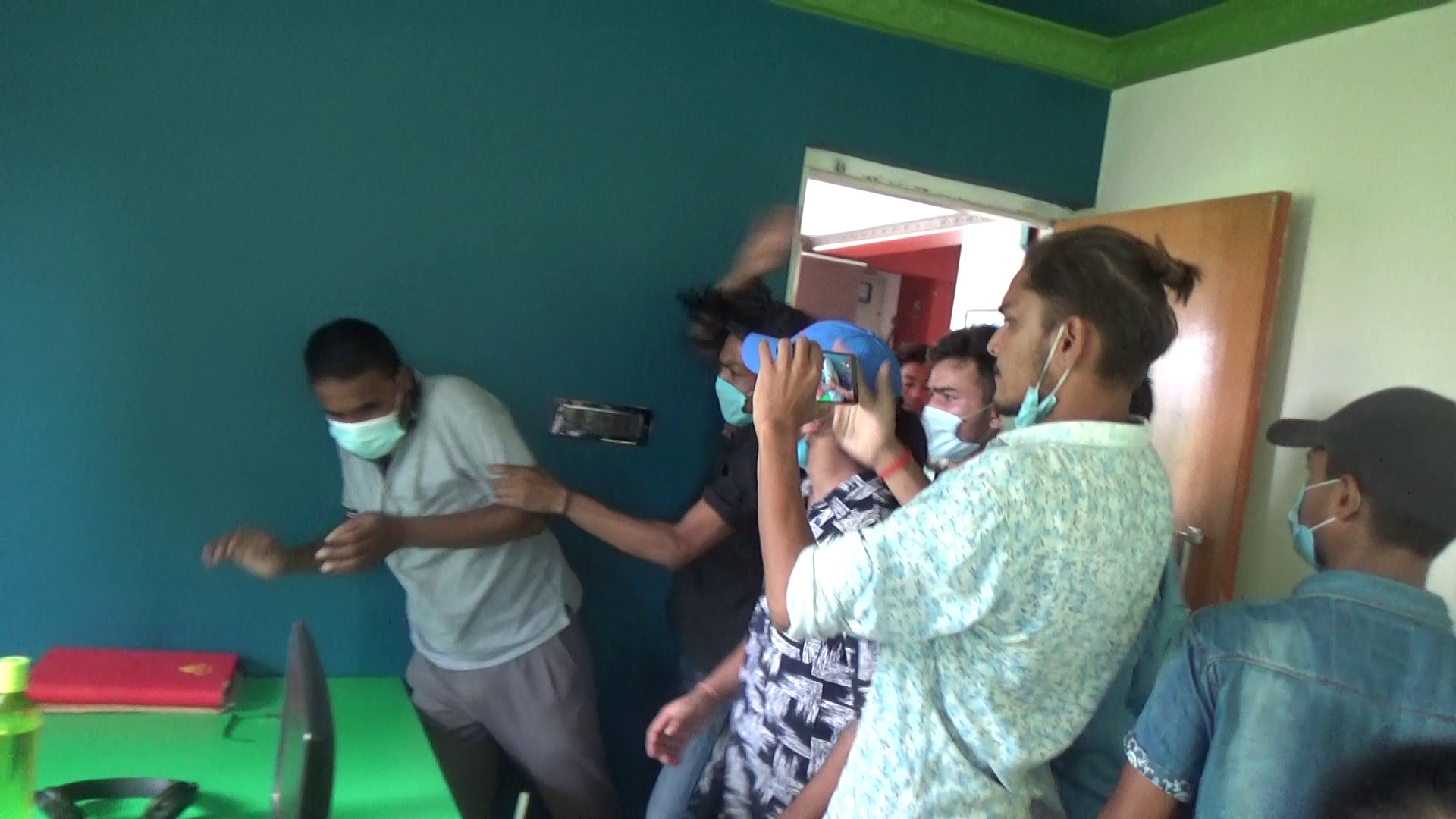 A group of locals have attacked media persons by barging into the office of https://dineshkhabar.com; an online news portal and dinesh fm in dhangadhi today. Dhangadhi city lies in far-west province of nepal.

According to FF representative Min Bam, the online had published news about suicide committed by a 19-year old Roshan BK in police custody.

Fews hours after the news was published, agitated locals attacked media persons claiming the news was fake and threatened to remove it. Editor of the media Nawaraj Paneru informed that they had published the news after confirming information from the police.

Moreover, District Police spokesperson said that the news was genuine and they had sent police team for security at the media house.

FF condemns the incident as it is a gross violation of press freedom. Reporting and publishing news of public concern is duty of journalists and media. Despite having alternative ways to show concern over the news content if any, entering media house and attacking journalists is deplorable. Hence, FF urges the security authority to book the attackers and ensure safety to the journalists and media.