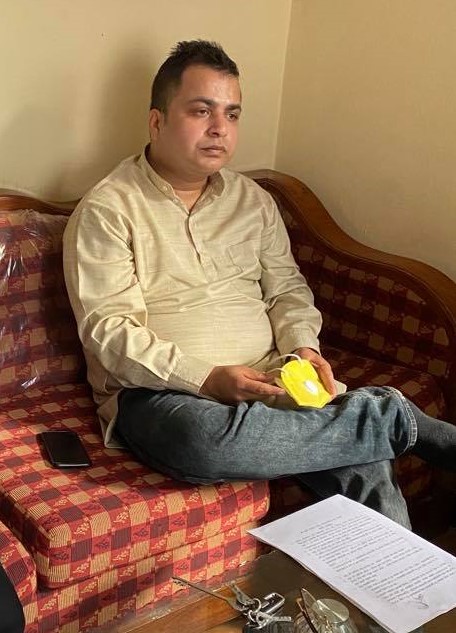 Producer and reporter with https://www.nepalaaja.com/ (a web-based news portal), Madhav Prasad Guragain, was attacked and issued death threat while reporting in Kathmandu on April 12. Kathmandu is the federal capital of Nepal.

Talking to Freedom Forum's media monitoring desk, reporter Guragain said, "I reached the construction site of Kathmandu View Tower to report on the complaints of sub-contractor. As I started to record the video from my mobile, contractor Manoj Bhetuwal seized my mobile and threw it."

Guragain had reached the site with one of the sub-contractor who had complained of nonpayment after finishing his construction assignment.

"Supervisor Gyan Bahadur Ray issued death threat to me. Even the police officers did not take any action against the incident", informed Guragain.

Feedom Forum condemns the incident as it is gross violation of press freedom. Journalists have right to report the public issues and bring their voices forward. It is deplorable that they are attacked and issued death threat for reporting. Hence, FF strongly urges the security authority to investigate the case and help ensure justice to the working journalist.