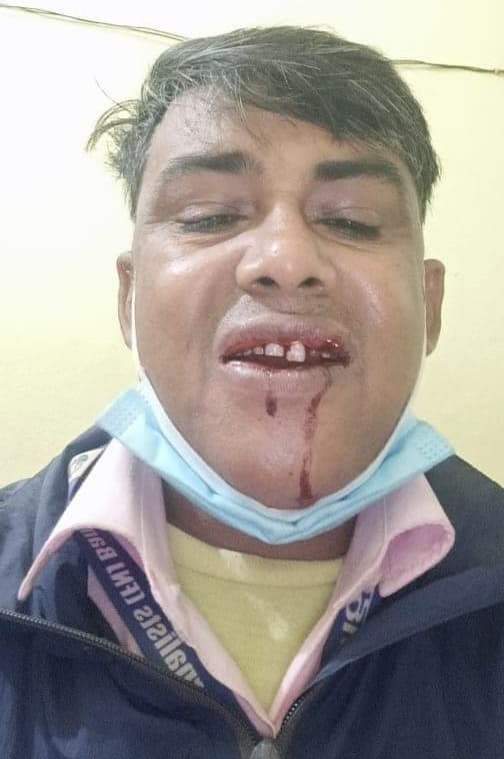 Talking to Freedom Forum, Salmani shared that an unknown person had attacked his relatives with a sharp weapon few days ago. On the day of incident, Salmani reached the site to report on the case.

At the same time, the unknown gang attacked him and broke his teeth.

After treatment, my teeth are tied with wires. They also kicked me on the chest, he added.

Following the incident, journalist Salmani filed a First Information Report (FIR) at the local police station. Police has arrested two of the attackers and further investigation is going on, according to Salmani.

Freedom Forum condemns the attack upon journalist as it is sheer violation of press freedom. It is however welcoming that some attackers have been arrested.

FF further urges the concerned authority to punish the attackers as per the existing law and ensure justice to the journalist.