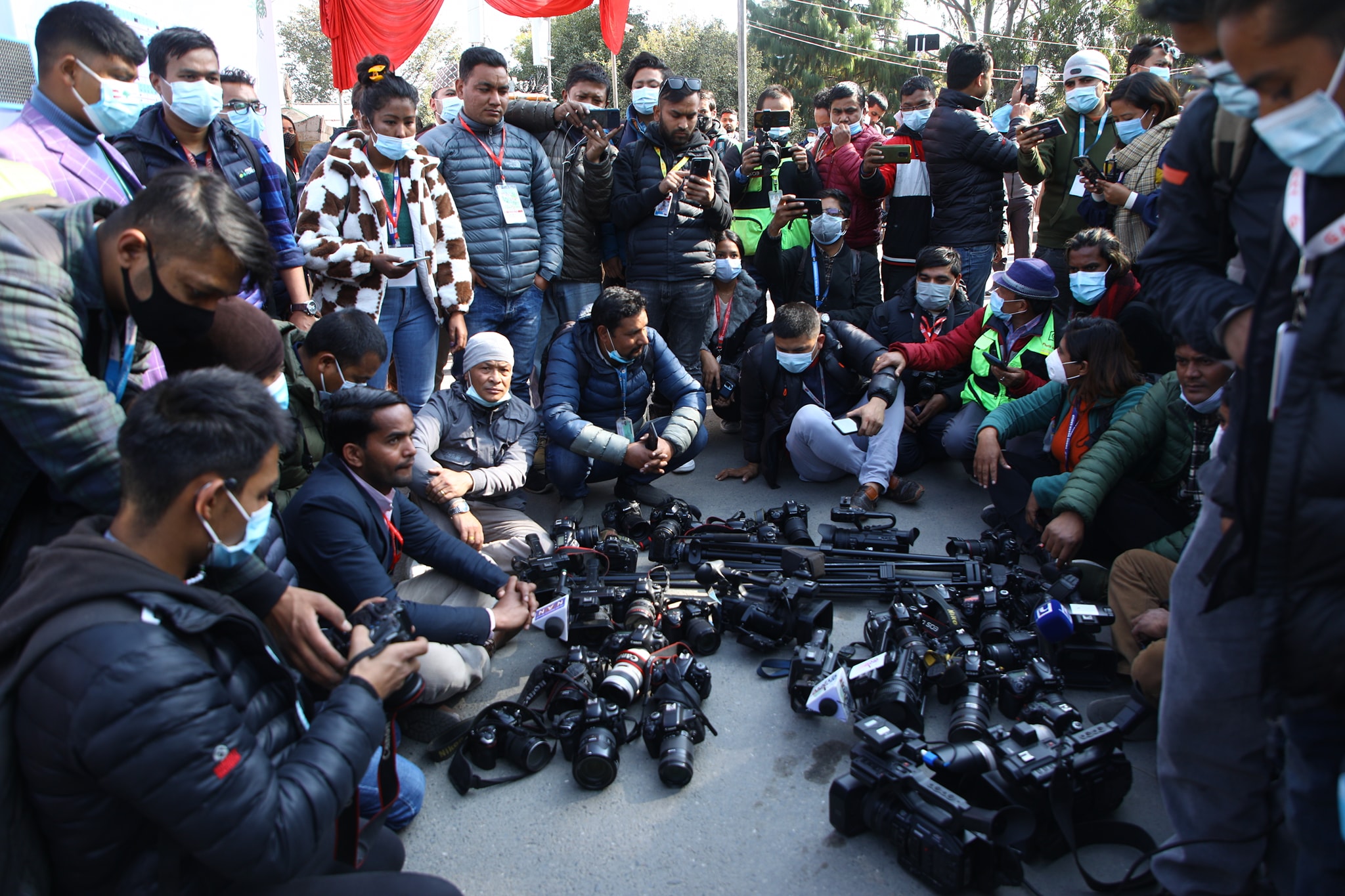 Nepal police barred photo journalists from reporting a leading political party's general convention for an hour in Kathmandu on December 13. Kathmandu is the federal capital of Nepal.

Talking to Freedom Forum, photo journalist at https://deshsanchar.com/ (an online news portal) Barsha Shah, who was also present at the Nepali Congress Convention site, shared that police officers on duty obstructed their entry into the polling station, reasoning lack of space and security of the leaders.

"Earlier, we were allowed to take pictures and videos of senior leaders' voting but this time we were not only barred from reporting but also misbehaved by the police persons on duty with an order from the election committee", she said.

We were not allowed to report on the voting by party president Sher Bahadur Deuba, who is also one of the candidates vying for the post of party president. In response to this behavior, more than a dozen of photojournalists put their camera down for an hour.

Later, election officer Gopal Krishna Ghimire made an apology for misbehavior towards journalists and then, the situation was normal, informed Shah.

Freedom Forum is concerned over the incident as it is the violation of press freedom.