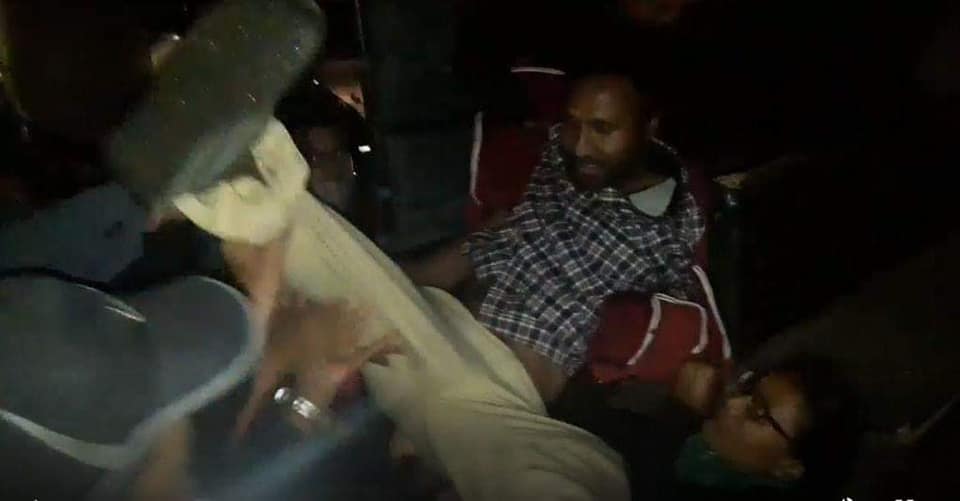 Freedom Forum condemns the Security Officials' move over re-arrest of journalist Jitendra Maharjan after the Supreme Court ordered him to release on April 21 against the habeas corpus writ filed to release him from the detention. Journalist Maharjan was arrested and charged under Crime against State and organized crime provisioned under the new Criminal Code of Nepal. Earlier on April 9 (Tuesday), he was arrested by the security officials and is under detention for 13 days.

In response to habeas corpus petition filed on behalf of Maharjan, the Supreme Court termed his detention illegal and ordered the government to release him from custody.  A division bench of justices Anil Kumar Sinha and Dambar Bahadur Shahi ordered the government to release Maharjan from detention. However, on the same day, security officials re-arrested him resorting the new arrest warrant where Kathmandu District Court has permitted to arrest him for the offense against the state and organized crime.

In the habeas corpus order issued by Supreme Court, it is clearly stated that Security Officials could further investigate upon the involvement of journalist in such offense outside the detention. In the arrest warrant issued by the Security Officials, he is accused of inciting violence against the state, seeking illegal donation and involving in the bomb blast.

To this Freedom Forum's Executive Chief Taranath Dahal observes, "Not only journalists are facing a series of attack under Electronic Transaction Act, but also journalists these days are targeted for their political affiliation. Government's increasing intolerance towards the journalists and free speech has directly threatened the journalists and tampers freedom of expression. Journalist Maharjan should be immediately released."