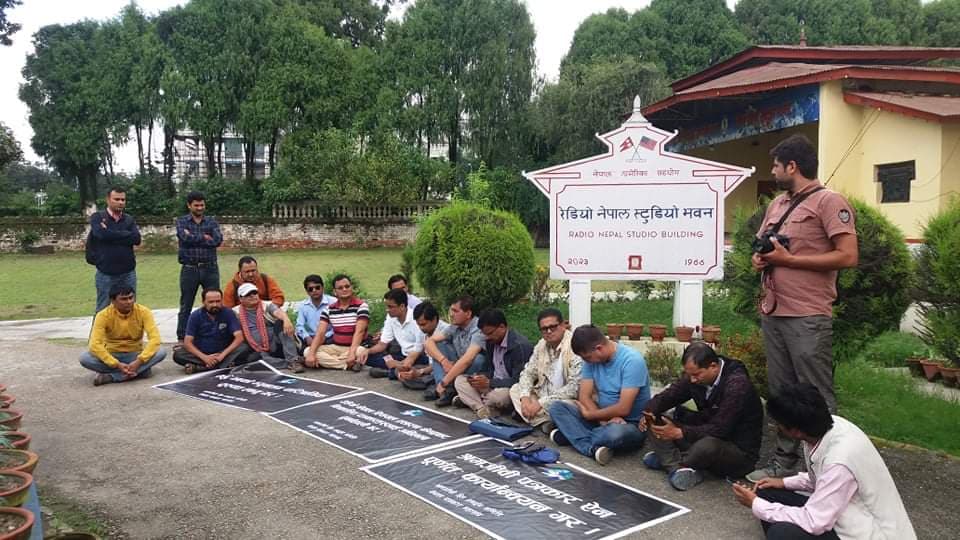 The journalists who were expelled from job have intensified the protest in the capital city. They have staged sit-in protest in front of Radio Nepal station building at Singhadurbar, Kathmandu on September 10.

Earlier, three journalists working at Province Broadcasting Center Dipayal of Radio Nepal namely, Sunita Rawal, Prakash Bam and Chakra Kunwar were dismissed from their job without prior notice and explanation.

Journalist Rawal who was working with Radio Nepal for 10 years was dismissed from her job along with two other journalists who were working there for three years. Three of them were called at the Radio Broadcasting Service Development Committee on August 19 and informed about their dismissal verbally without any explanation.

The incident shows that government is not serious about financial security and stability of journalists in their profession.

Hence, FF strongly urges the concerned media house to restore them in the positions they were in the organization and ensure financial security of the journalists.