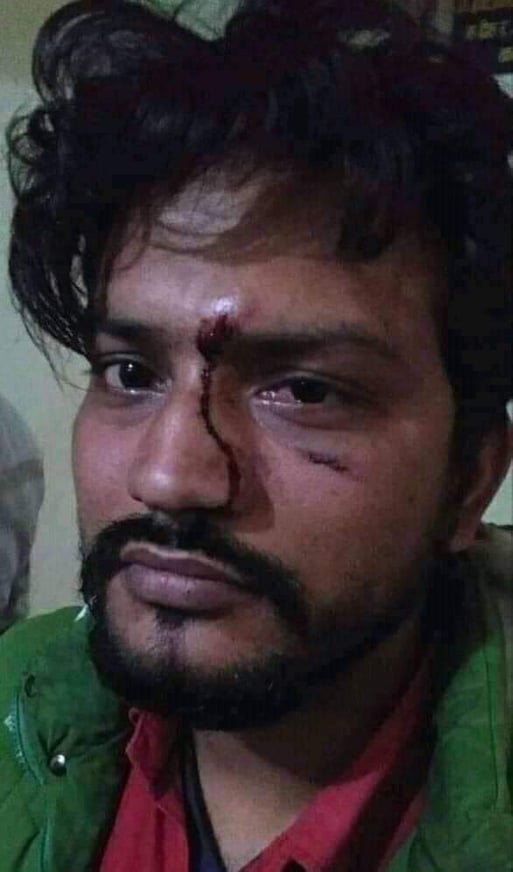 Journalist Sangin Sharma was brutally attacked by the goons mobilized by the ruling Nepal Communist Party Province 5 Committee member when he was on duty at the office of Yugyan daily in Kohalpur, Nepalgunj, on December 22.

Nepalgunj is the city in southern plains in Province 5.

Journalist Sharma is associated with Yugyan daily and also the Executive Editor of an online portal www.kanchulikhabar.com . The incident took place in the evening.

Talking to Freedom Forum representative for Province 5, Sudip Gautam, journalist Sharma shared that he was attacked at his own office while working for the news. He further stressed NCP Province 5 Committee Member Pujan Bishwakarma mobilized goons to attack against him.

According to the locals who witnessed the incident journalist Sharma was beaten badly just to make him realize the power of the Committee member Bishwakarma.

FF gravely condemned the incident. It is a serious threat to free press. The concerned authority was strongly urged to investigate the case and to take action against the perpetrator so as to ensure a safe environment for journalists. Mobilization of goons to beat journalists by the politicos, who are public person, is an alarming trend.